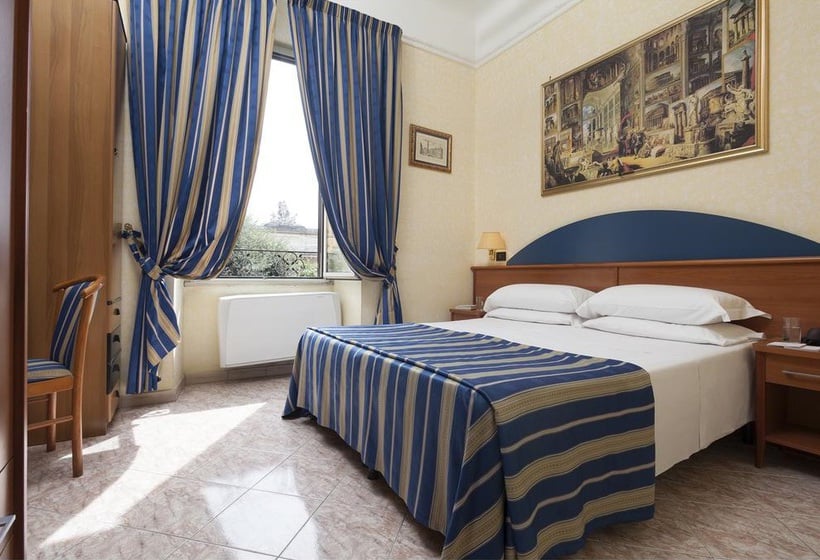 Kennedy Hotel is in the heart of Rome, walking distance from Porta Magica and Basilica di Santa Maria Maggiore. This hotel is within close proximity of Teatro dell'Opera di Roma and Piazza della Repubblica.

Make yourself at home in one of the air-conditioned rooms featuring televisions. Wireless internet access keeps you connected. Private bathrooms feature toiletries. Conveniences include phones, as well as safes and desks.

Make use of convenient amenities such as concierge services and a television in a common area.

Featured amenities include newspapers in the lobby and a 24-hour front desk.

There's only one more step left. Check your e-mail and complete the subscription to the newsletter

By using our own and third-party cookies, we are able to offer you the browsing experience you want, improve our service and provide you with the advertisements that best suit your preferences. If you agree, continue browsing. More information